One of our customer is planning to roll out new BI functionality to 2000 additional users. They were concerned whether their current BI infrastructure can support this kind of load. So they asked us to perform stress testing using BI Validator with the following two key objectives:

As a result, the number of concurrent users (threads) were not ramping up fast enough to simulate the load.

The screenshot above shows multiple instances of BI Validator running in the same machine while consuming more than 25 % CPU usage.

This exercise helped the customer understand bottle necks in their BI system. They were able to determine that : 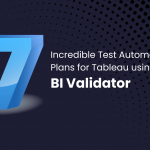 The Role of BI Validator in Major BI Upgrades

The role of BI Validator in “In-Place” Upgrades